Starting line ups give you plenty of options for betting, let’s look at example below.

Lineup today is offering you starting 11 from more than 500 leagues. Thanks to all useful functions lineup today allow users life easier in case of searching valuable bets. Let’s see how it can help you to make right choice in betting.

First of all, lineup today is fastest source to give you starting 11 for matches, moreover visualization of lineups save you time. On main page you can see list of matches you already got lineups for.

Every block gives you information about missing in starting team, also you can get percentage of lineup in comparison with best possible team. Best possible team – 11 players who have played most of minutes in season.

We will show you Northern Ireland Cup game between Crusaders and Ballymena United as example.

It means that home team is missing half of usual starting 11 for this match. If you click on game itself you can see more detailed stats. 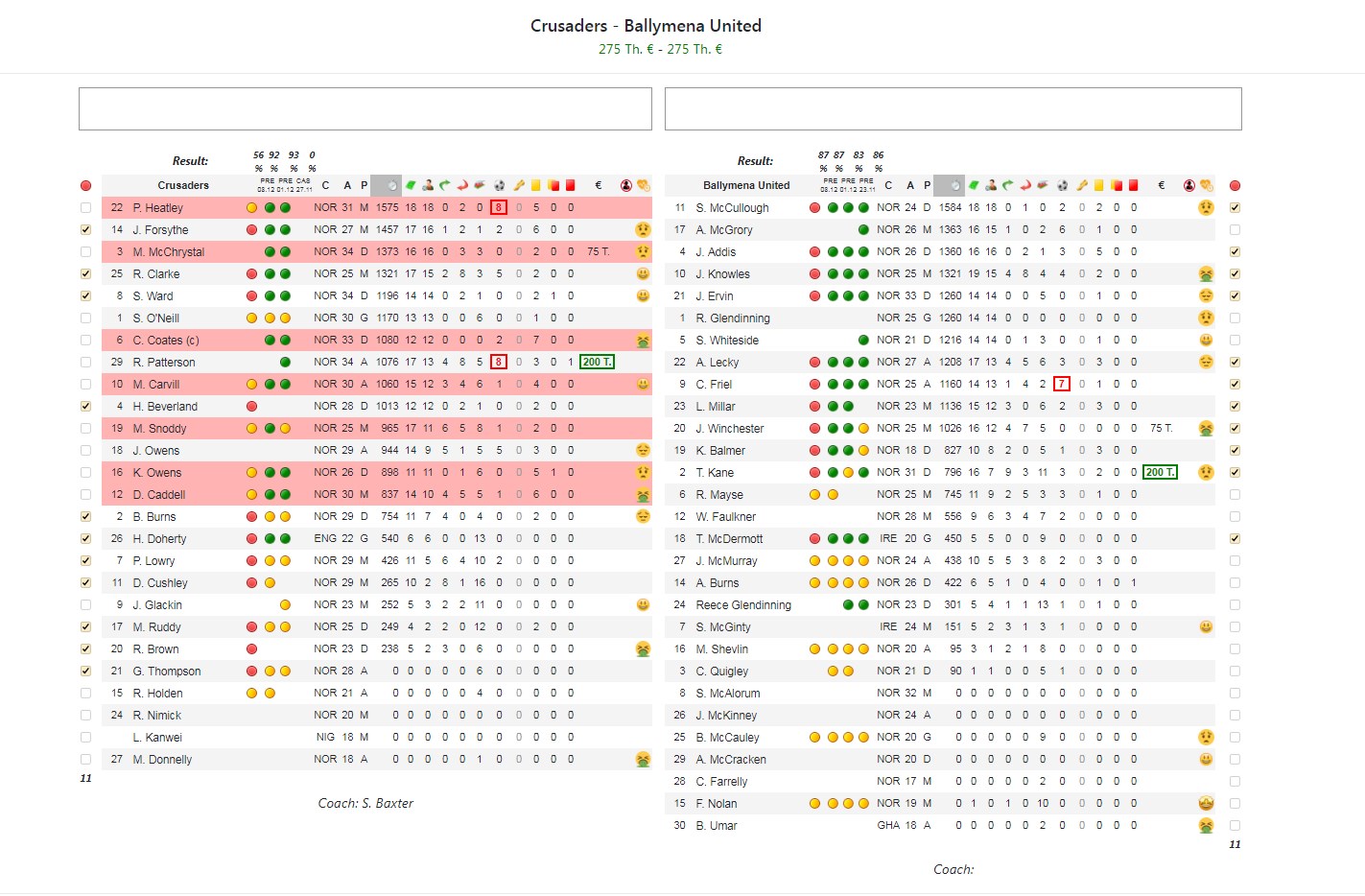 Away team is missing 3 regular players (17, 1, 5 numbers)? But green dots show that they’ve been missing for last 2-3 games so it’s nothing new for coaching stuff and they are prepared that above mentioned players will be missing. In comparison hosts are missing plenty of players who’ve been playing a lot in recent matches including top-scorer (we marked him).

Moreover lineup today gives you opportunity to analyze positions of missing players, their market value and how important players are. Of course away win in current conditions looks tempting but we will take safer bet with AH(0).

Lineup today offers you a lot of matches everyday. As you can see on example above only starting lineup can help you to analyze actual chances as there are no more secrets in the game when starting 11 is released.